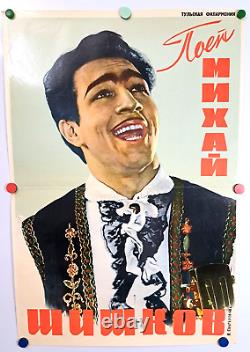 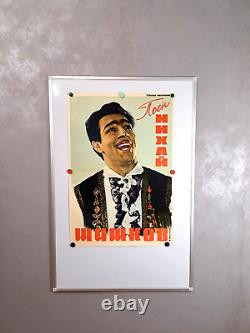 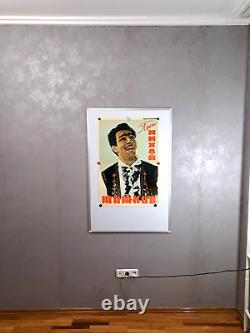 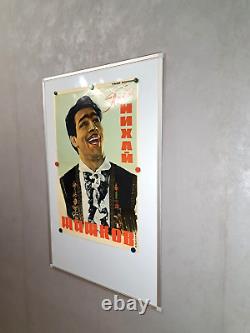 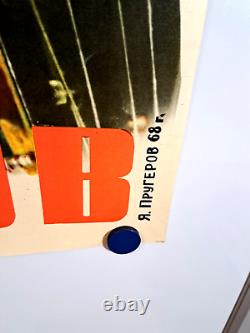 First film poster - 1926 "Natella". The last - 1982 after the death of the reissued "Member of the Government", lifetime - 1973 "Privalovsky millions" (Data to be confirmed). 1903 Born in the Polish city of Chelm in the settlement of Krylov.

(Hill) - 25 km from the border with Ukraine. Graduated from the School of Industrial Art in Mariupol. During the Civil War he was in the Red Army. From 1926 he worked in film posters.

1928 Graduated from Vkhutein in Moscow. Fought in the Great Patriotic War. As a reserve officer (quartermaster of the third rank - captain) he fought as a private due to the loss of documents in the military registration and enlistment office. He went from the south to the Baltic states and ended up in Koenigsberg, and during the civil war he fought as a volunteer in the cavalry. He was awarded an order and medals, as well as thanks from the command. Not a single wound in two wars. 1964 Honored Artist of the RSFSR. Posters by Nikolai Khomov are available in Moscow - in the Russian State Library. SIZE - 90/70 CENTIMETERS OR 36 / 28 INCHES. This item is in the category "Entertainment Memorabilia\Movie Memorabilia\Posters\Originals-International\1970-79". The seller is "originalfilm312" and is located in this country: UA. This item can be shipped worldwide.