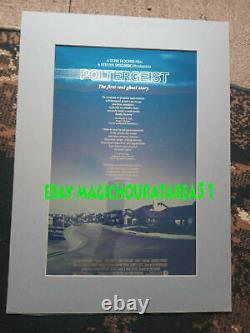 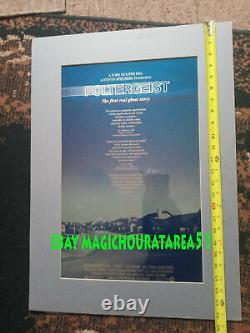 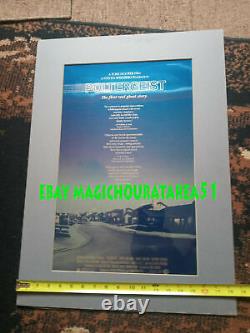 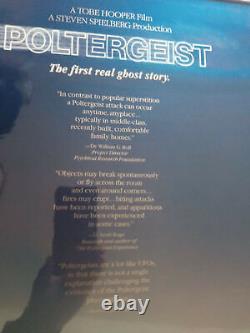 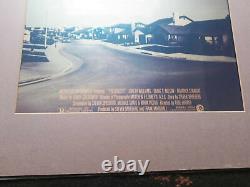 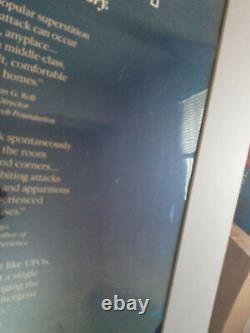 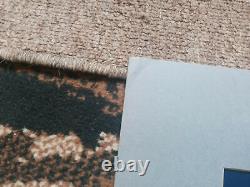 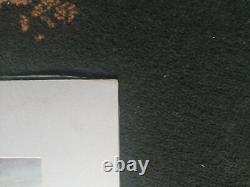 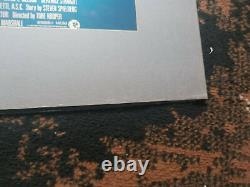 Plus the fact that Tobe Hooper wanted to own this piece. Just in time for the 40th anniversary this year of the Steven Spielberg production of Poltergeist (1982) directed by Tobe Hooper (The Texas Chainsaw Massacre, Salem's Lot) comes this vintage singled sided movie studio matted display from 1982 that could be a centerpiece in your Poltergeist / Tobe Hooper collection / Steven Spielberg / Heather O'Rourke Collection. One of the Original Studio Presentation Concept marketing movie poster one sheet art displays for Poltergeist that the Movie Studio matted and I later had signed by Tobe Hooper (who is now sadly deceased).

This was used by the studio to consider the art for the marketing on the film including on movie posters during in studio presentations. Few collectors ever get to see these let alone own one. Later when I handed Tobe Hooper this piece to sign (see photo from signing) he fell in love with this piece Oh that's great! And said he didn't understand why they didn't use it. He really liked the neighborhood shot and the quotes.

Now you can own the very Poltergeist display piece in your collection that Tobe Hooper wanted but could never own. And you never have to worry about the authenticity of the autograph - see the photo of myself with Tobe Hooper from the signing. As seen in the photos which show the actual measurements with a tape measure, this measures roughly a little over 18" x 25" fully matted.

The actual image area within the matte measures roughly 12 x 19 1/2. The matte was done by the studio for presentation so it's original to the piece.

Item shows some light wear from original production use by the studio. It is made of a very reflective mirror like material that is transparency like / acetate sheet like that has the art/images printed on it - hard to explain so please see photos and you can see how reflective it is.

Signed on the top matte border "To Jeff Tobe Hooper" (see photo of myself with Tobe Hooper from when I had him sign it). There are three quotes on the poster 1 from Dr.

Also interesting to note the tag line on the poster is "The first real ghost story". This is not merchandise available to the general public but a production used item by the studio for their marketing campaign for the film Poltergeist at the time of release in 1982 - They would have had various images/artwork made up and they would be presented like this at the studio before selecting the final versions that would be used. This is the last Poltergeist production piece that I have and the ONLY Poltergeist item I ever had signed by the director Tobe Hooper. Photos show the actual item you will receive. I never use stock photos. Poltergeist Steelbook 4K UHD stars Heather O'Rourke, Jobeth Williams, Craig T. Nelson, Dominique Dunne, Zelda Rubinstein, Oliver Robins, and Beatrice Straight. This item is in the category "Collectibles\Autographs\Movies". The seller is "magichouratarea51" and is located in this country: US. This item can be shipped to United States.