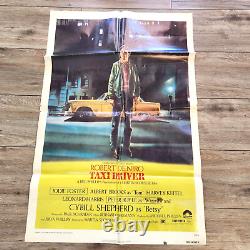 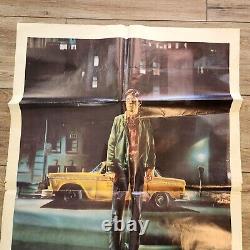 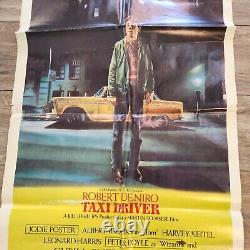 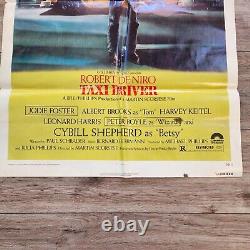 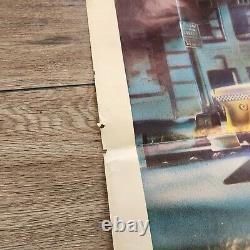 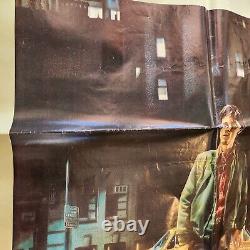 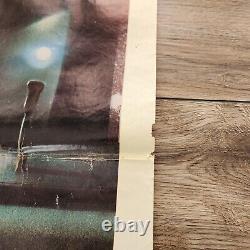 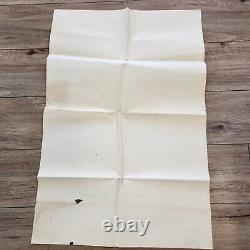 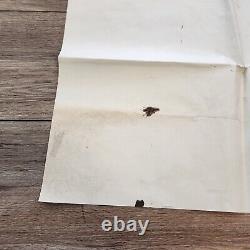 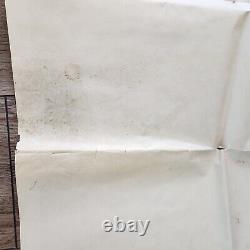 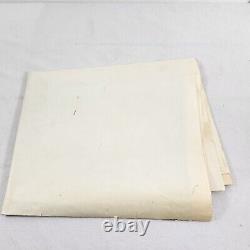 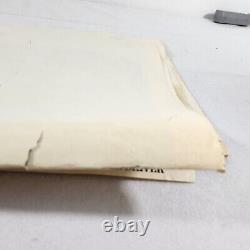 Vintage 1976 Taxi Driver Original Movie Poster w/Robert DeNiro 76/14 41'' x 27'. This is an ORIGINAL 41'' x 27'' COLUMBIA PICTURES MOVIE POSTER with ROBERT DE NIRO - NOT A REPRODUCTION! This is an original one sheet poster from the film "Taxi Driver" released in 1976. This poster was sent to theatres to be displayed in the lobby to promote the film's engagement. The poster is folded which is the way one sheets were sent out by the studios back then. Ideal for: Restaurant, Office, or Home.

Considered by some as one of the best movies ever made, Taxi Driver is a 1976 American neo-noir psychological thriller film directed by Martin Scorsese, written by Paul Schrader, and starring Robert De Niro, a young Jodie Foster, Cybill Shepherd, Harvey Keitel, Peter Boyle, Albert Brooks and Leonard Harris. Set in a decaying New York City following the Vietnam War, the film tells the story of a lonely veteran (De Niro) working as a taxi driver, who descends into insanity as he plots to assassinate a presidential candidate (Harris) and then the pimp (Keitel) of an underage prostitute (Foster) whom he befriends. Some of the memorable song lines include: On every street in every city in this country there's a nobody who dreams of being a somebody. "; "He's a lonely forgotten man desperate to prove that he's alive.

This listing does not include any user documentation about its authenticity. Images are of the exact item you will receive.

Please see all high resolution detailed images (which are zoom-able) of this listing to know what you are purchasing. If you have any questions feel free to contact me. This item is in the category "Entertainment Memorabilia\Movie Memorabilia\Posters\Originals-United States\1970-79". The seller is "garyde" and is located in this country: US. This item can be shipped to United States.